Jacob Haish sites (DeKalb and beyond)

Below is a list of Jacob Haish sites in DeKalb and beyond, taken from a presentation I gave at Glidden Homestead in Sept. 2019. These are just a few examples of Jacob Haish history that are still present today. 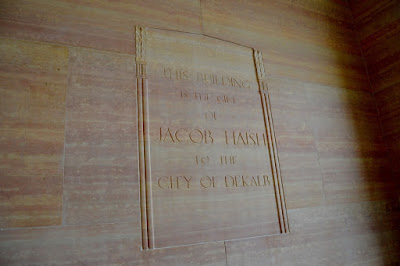 The Haish Memorial Library, now known as the DeKalb Public Library, was built because of a $150,000 donation from Jacob Haish in his will, when he died in 1926. The library was dedicated in 1931, and the original building still features the Haish name on the outside of the building, as well as a dedication inside. The building was placed on the National Register of Historic Places in 1980.

In 2017 a historical marker was dedicated to Haish, which was fitting because there is no museum or other location dedicated in his honor. The marker was placed by the DeKalb Area Agricultural Heritage Association to tell Haish's story to passerby. The marker's text was written by Haish relative Jeff Marshall, and mentions Haish's "inventive genius" and "eccentric personality." It also notes Haish's contributions to farming equipment creations, Northern Illinois University, and other DeKalb buildings. 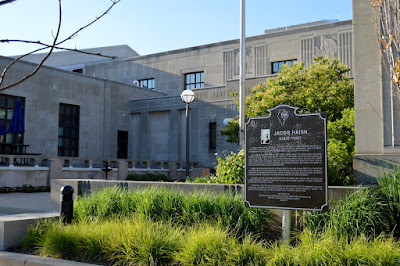 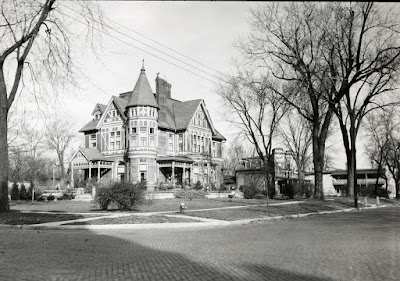 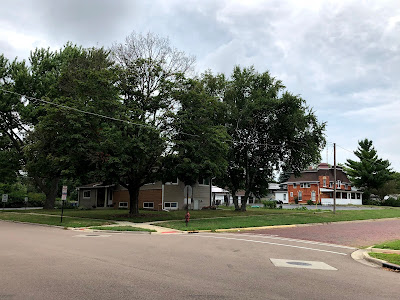 The Haish mansion was located on the corner of Third and Pine streets in DeKalb, and was three stories tall. Haish, a carpenter, chose to model his home after memories of castles from his homeland of Germany. He left the house to his housekeeper, Anna Anderson, in his will.

There was no plan for the mansion after her death, however, so the home had to be sold to pay for other projects Haish mentioned in his will. The neighboring First Lutheran Church purchased the home and used it for years as a parsonage and school. However, the house would need costly repairs, which the church couldn't afford. When there were no interested buyers, the church decided to demolish the mansion for a parking lot in 1961, and it still remains that way today.

Carriage house
Next to the parking lot on corner of Third and Pine streets, DeKalb 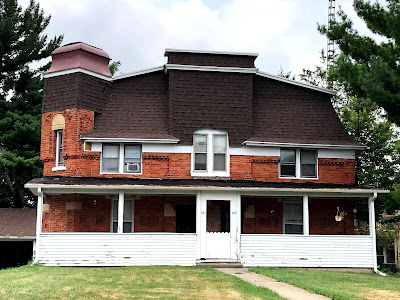 The neighboring carriage house is the only remaining part of the Haish mansion. Today it is still in use as apartment complexes. 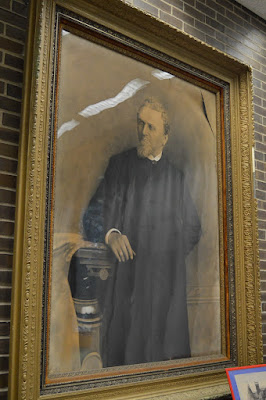 Founders Memorial Library on the NIU campus is now home to a Jacob Haish portrait, but it took many years for it to get there. The portrait was originally located in the Haish mansion, and it could be seen when you first opened the front door. The portrait remained there until the house was about to be demolished in 1961. It has been said the members of the local Masonic lodge (which Haish had been a member of) snuck into the home shortly before demolition and took it. It remained in the DeKalb lodge until 2018, when it was placed in the Founders Library, along with images of other NIU/DeKalb founders Joseph Glidden and Isaac Ellwood. It can now be viewed in the library during open hours. It does have a large tear, and NIU is looking for monetary donations to fund the reported $22,000 worth of repairs needed. 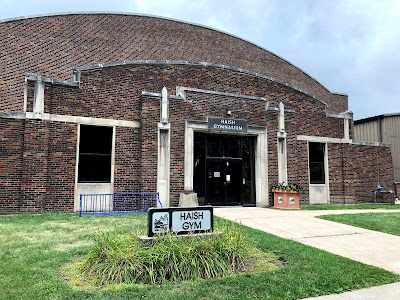 Haish Elementary School was opened in the 300 block of South 9th Street in DeKalb in 1903. It would be torn down in 1975, but the Haish gymnasium, which was part of the school, still remains. Today it functions as a fitness center and is owned by the DeKalb Park District. 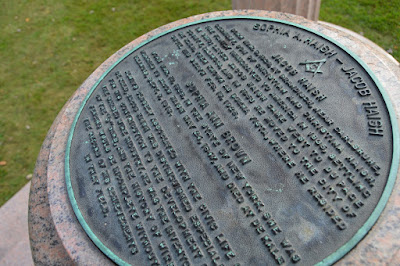 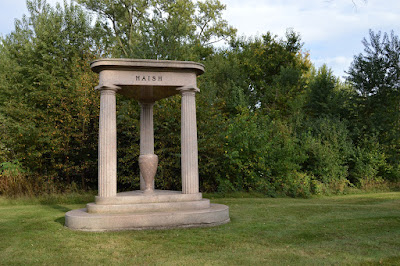 Sophia died in 1918, and Jacob died in 1926, just 18 days short of his 100th birthday. Sophia and Jacob were buried in the Fairview Memorial Cemetery on the south side of DeKalb. Jacob had the design of his monument copyrighted, which you can see on the monument itself. The monument features an urn design with an inscription, which describes Jacob’s life as distinguished for his contributions to the barbed wire industry, and “the history of wire fencing would be incomplete without the record of his achievements in that field.” 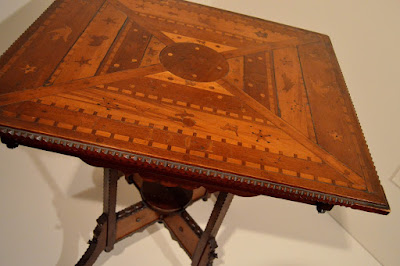 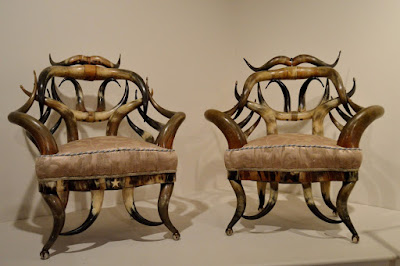 The Ellwood House Visitors’ Center is home to a display of furniture that once resided in the Haish mansion. Many of the items from the mansion were purchased in an auction after Jacob’s death. Paul Nehring purchased quite a bit of the furniture, and his wife Shirley Hamilton Nehring, used it in their home, which is on the museum grounds. After that home was donated to the museum in 2011, the furniture was sold to the Ellwood House so that it could be on display. These items can be viewed during the Visitors Center hours. 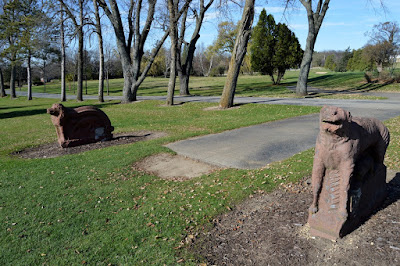 Antique collector Walter Williamson owned the Wagon Wheel Resort in Rockton. He purchased scavenger's rights to the Haish mansion before its demolition in 1961, and filled multiple trucks with decor and fixtures from the house. These two statues are now on display at the golf course in Rockton. They once stood proudly outside of the Haish mansion door. 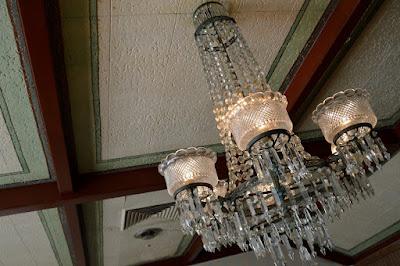 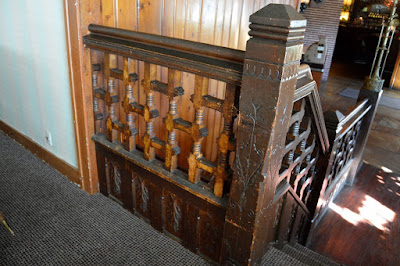 More Walter Wiliamson items are on display at the China Palace Restaurant, including woodwork and chandeliers. All of these items must be worth well more than the $1,200 Williamson spent for his scavenger's rights.