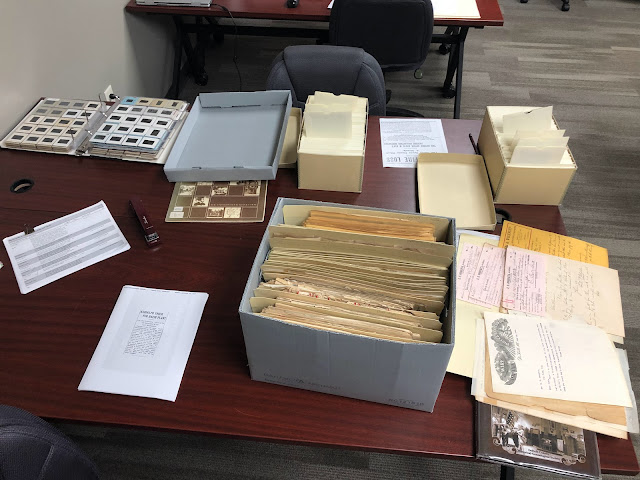 DeKALB – In 1875, Jacob Haish secured a patent for his “S Barb” wire design, claiming his spot as one of DeKalb’s “Barbed Wire Barons,” and a role in the development of the west.

While mostly known for his contribution to the barbed wire industry, Haish also patented and manufactured farming implements and was a banker. He left most of his fortune to the city of DeKalb, resulting in the public library and much more.

On Thursday, April 7, Jessi Haish LaRue, a Haish family descendant, will present and discuss “new” artifacts and research related to this lesser-known barbed wire entrepreneur. LaRue has been researching in the Joiner History Room since fall 2021 in an effort to make Haish-related items more accessible to the public and creating conversation regarding Haish’s impact.

The free one-hour program will take place at noon at the DeKalb County History Center, 1730 N. Main Street in Sycamore. A virtual option is also available. To register, visit dekalbcountyhistory.org.

Posted by Jessi LaRue (Jessi Haish) at 5:41 PM No comments:

The letter on this letterhead is addressed to Mr. E.E. Roberts of Oak Park, Ill., and reads:

This is to give notice to you, also the contractors, Foster Woodruff & Glidden that unless the school house now being erected in DeKalb, Ill., under your supervision, are completed by Aug. 1st, 1908 for every day's delay thereafter we shall demand damages.

Posted by Jessi LaRue (Jessi Haish) at 7:28 PM No comments:

The front side of the postcard reads:

"Papa uses the Haish Barb Fence. No danger for players here. Just look on the other side."

"I use the 'S' barb. No more dog fence for me. I have trained my dog for sporting."

The reverse side of the postcard reads:

Barb Fast on Both Wires.

To the farmer and stock-raiser, a complete fence is a constant benefit; hence the pleasure afforded the inventor in offering to the entire country the enamel 'S' barb fence, which meets all the requirements of a stock fence. This assertion is made at the instance of many of the best farmers throughout the West, who witness to its perfect efficiency as a stock-proof fence, from the following facts: Two wires make a good stock-proof fence costing about 40 cents per rod. It requires less posts, less labor, and is built for less money than any other good wire fence. Stock never make a second attempt to get through it. (Use Haish's Wire Tightener, because it stretches the wire each way, and remains on the fence and can be turned with a wrench or crank.) It can be tightened with any wire strainer. The strain is equal upon both wires, lessening the liability of breaking. It is slightly twisted, so as not to weaken the wire. The enameling renders it absolutely rust-proof. THE BARBS PASS AROUND BOTH WIRES AND CANNOT TURN. The spread of the wires between the barbs preserves its tension. It is made of the best No. 12 steel wire. Breaking Strain is 100 per cent, over common annealed wire. It weighs 17 ounces to the rod, coiled on spools, weighing from 70 to 100 pounds, ready for shipment to any part of the globe. This fence gives the best satisfaction of any Barb Fence ever used.

The last consideration is the solid comfort the stock-raiser enjoys when relieved from the anxiety of watching crops, by using the 'S' barb fence. He rests peacefully at night and the heart throbs with an even beat as he quietly turns over."

Posted by Jessi LaRue (Jessi Haish) at 8:31 PM No comments:

Posted by Jessi LaRue (Jessi Haish) at 7:11 PM No comments: