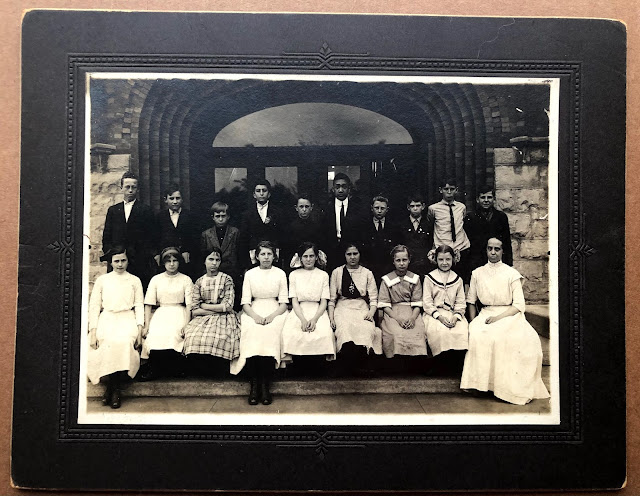 This photograph of students sitting in front of Haish School was found on eBay. The image, according to writing on the backside, features "Class of 1913, Haish School, S. 9th St." It also names teacher Hattie Chesebro.

According to an article in the March 15, 1990, edition of the Daily Chronicle, in which the paper highlighted local leaders for Women's History Month, Chesebro attended Northern Illinois State Normal School (now known as NIU) and taught eighth grade at Haish School from 1908 to 1943.

"A former student described her as 'a small person who exerted great influence on her pupils.' Someone else called her a 'once-in-a-lifetime teacher.'"

Also from the article:

"Loyal to Haish School, she organized the annual Haish School reunion that took place every summer. Today that school has been razed, but her memory lives on at the newest school in the DeKalb District, the Hattie Chesebro Elementary School."

Today, this school building is vacant. 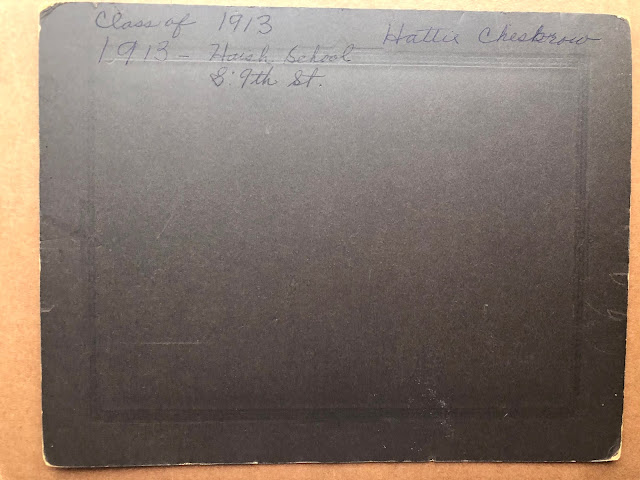