I've been reading the book "Early United States Barbed Wire Patents" by Jesse S. James, and I must say, it has become one of my favorite books on the topic. From the clever index that features drawings of every included patent, to the interesting stories throughout the book, it's a good reference! I thoroughly enjoyed, and laughed out loud, to this story that begins by referencing Henry Rose's creation, which inspired Haish, Glidden and Ellwood to create barbed wire, once they saw the display at the county fair.

Hope you enjoy this story about Haish, even if the author may have taken some creative liberty with the dialogue! 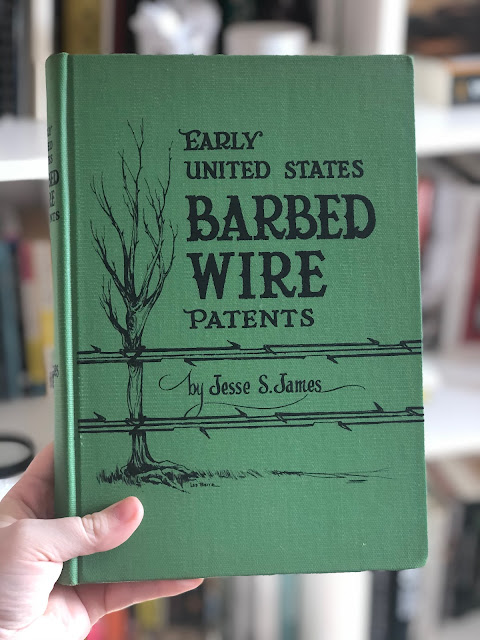 "...Jacob Haish also developed and patented a two-strand barbed wire similar to Glidden's. This was the famous 'S' barb. (Patent No. 167,240.) He had previously patented other wires and he believed Glidden's patent infringed on his patent.

He said, 'It seems to me that old Joe Glidden is trying to steal my idea! Well, I just won't let him do it! I'm gonna see him in court about this!'

This started the legal battle over barbed wire that lasted many years.

In the meantime both of these guys had their small factories going like mad, and working overtime! They would buy plain smooth wire from back east, fasten their patented stickers upon it and the stuff would sell like hotcakes!

In fact they bought so much of this wire from one large company, that the sales aroused the curiosity of the company's management, and they said, 'Just what the heck's going on out there at DeKalb anyhow?' and, 'What does this Glidden feller and this upstart of a Haish think they're up to?'

They could easily see that this barbed wire business was going to be a big thing!

And so at a special meeting of the executives of the Washburn and Moen Manufacturing Co., it was agreed by all that Charles Washburn, who was Vice President of the company, should go to DeKalb and attempt to buy the patent rights and factories of Haish and Glidden.

When Washburn arrived in the busy little town of DeKalb on that day in February 1876, he went first to Jacob Haish and ask him if he would sell. Haish answered, 'Of course, Mr. Washburn, I would sell my patent rights and factory but I would have to have $200,000.'

Below are images from the book: 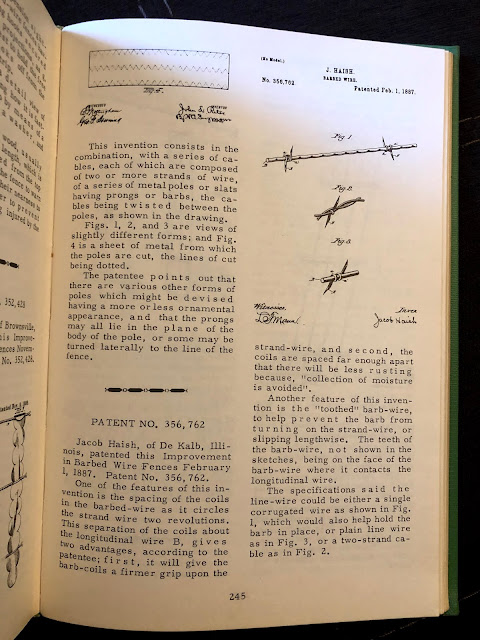 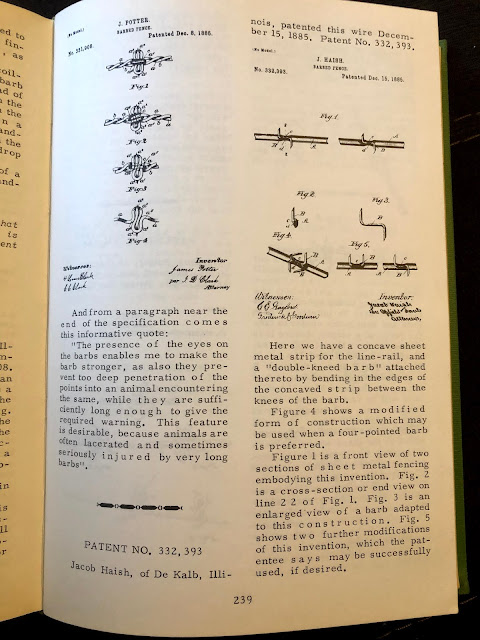 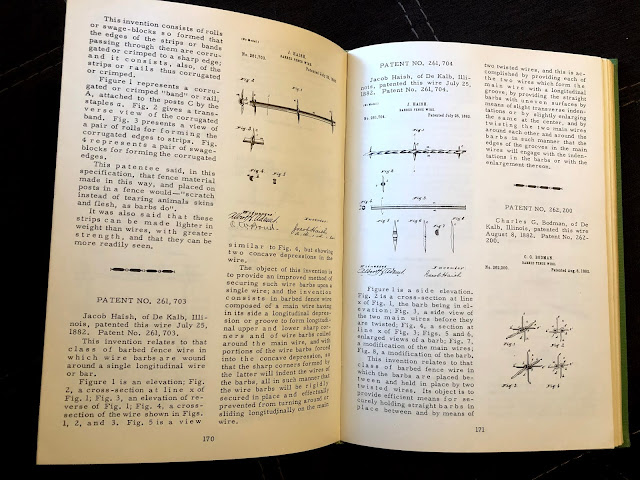 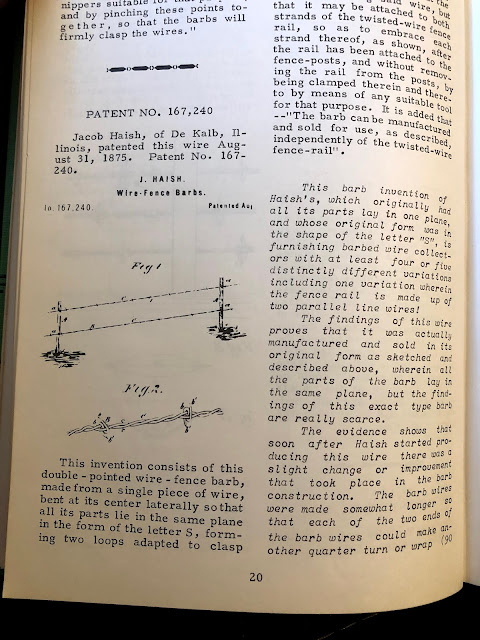 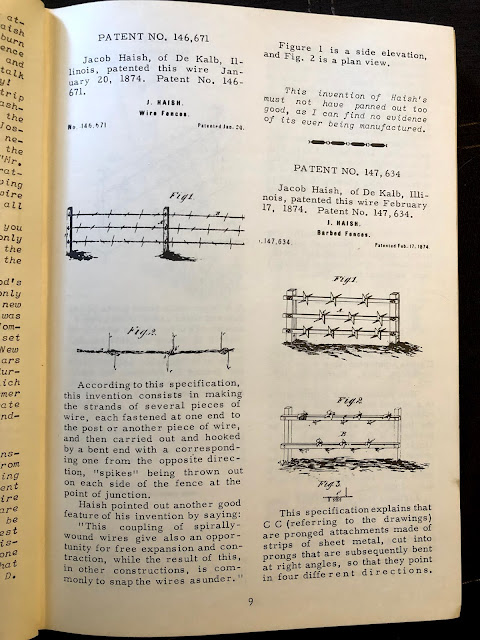